Forget the struggle of picking the right bra size

Buying lingerie in the right size can be tricky sometimes. Since Van de Velde is a large designer, manufacturer and distributor of lingerie with worldwide known brands as Marie Jo, Prima Donna and Andres Sarda, they want to give their customers an excellent experience when buying lingerie both in-store or online. Online shopping, however, can be hard. Bra sizes often differ from brand to brand, resulting in women not knowing which size to buy.

The first prototype is a voice-enabled chatbot that guides the user through the different steps in measuring their body. Since the user is able to interact with the chatbot by voice, both hands are free to perform the measurements. With clear explanations and complementary graphics, the user is guided through the process, which has the perfect bra size as a result.

The second prototype is a mobile app. Women can measure their breasts by placing their breast on a smartphone and with the volume buttons they can interact with a "measuring line" in the app. That way, the breast is measured automatically by the app. This prototype is especially tricky since it tries to map pixels on a screen to real-world distance units. The two prototypes were tested side by side by many different customers in different segments. The two prototypes gave Van de Velde clear insights about how their users are ready for DIY measuring technology and how this could be implemented on a wider scale in the future.

Michiel Vandendriessche
Mobile & web Performance 5 min read
Multi-threading in JS, and what you can do with it! 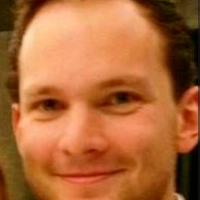