After studying veterinary medicine in Portugal and kite surfing in the Philippines, Leonor Drummond retrained as a data scientist in artificial intelligence in Belgium. Her story consists mainly of learning a lot, preferably as fast as possible. Read here how Leonor found her place at Brainjar after an intensive agile journey, or rather, race.

"I always was curious about how things worked together. When I was little, I wanted to know why and how my Duracell rabbit's eyes lit up. Later on in life, I started keeping a saltwater aquarium as a hobby; I found the parameters that created symbiosis especially fascinating!"

Since her childhood, Leonor experimented with technology and science: 'I was always curious about how things worked together. When I was little, I wanted to know why and how the eyes of my Duracell rabbit lit up. Later in life, I started keeping a saltwater aquarium as a hobby; I found the parameters that created symbiosis especially fascinating!'

Her love of how different things affect each other scientifically led her to, among other things, four years of veterinary medicine in her home country of Portugal. Afterward, she took a turn in life, worked as an independent tour guide in a tourist-flourishing Lisbon, and undertook lucrative renovation projects.

After a long trip to the Philippines, where she learned to kitesurf like a pro, she ended up in Belgium, thanks to love. In search of stability and room for growth and innovation, she first worked her way through the various intensive Dutch modules to obtain the ITNA level (Interuniversity Dutch Language Test for Non-Speakers) in just six months. Leonor takes us along in her story of agility, entrepreneurship, growth, successful completion, and iteration. Mark her words!

From Portugal to Belgium in steep learning curves

Leonor, you are from Madeira, and you moved to Lisbon after four years of veterinary medicine?

'Indeed, I lived in Madeira until I was 17, then went to Evora (in the center of Portugal) to study. Due to circumstances, I stopped my studies after four years. Then my best friend, also a Leonor (laughs), said I should start as a travel guide because I like studying languages and am very social. I did that for four years. Lisbon was trendy, and Airbnb became popular. I bought an old apartment, managed the renovations, and sold it for a profit. I did the same in Funchal. After a while, I knew I wanted something different: to build a career where I could feel there was room for growth and innovation. Somewhere I could use my analytical skills.'

Then you came to Belgium?

'No, we're not there yet,' she laughs. 'Before I came to Belgium, I first traveled to the Philippines for six months with my boyfriend. He was there for work, and for me, it was a real vacation! It was also a period of reflection. I had renovated and sold three houses, and it was time to figure out what I wanted to do. Then the pandemic started, so we went to Belgium, his home country.'

How did you end up with data science?

'The intensive course in Dutch taught me to study again. All the courses were online, and it was not easy. I had to show true discipline and study every day. Only after that could I think about other courses.'

"When I was younger, I loved playing with computers and wanted to know how the different components worked together."

So, you activated your study mode to be able to learn again? So that you could take other courses?

'Indeed, but I had to estimate how much time the process would take and how many resources I had left to invest. I couldn't finish my last year of veterinary medicine for personal reasons, and picking up veterinary studies again would take at least two to three years. Anyway, I have always had an interest in technology. When I was younger, I loved playing with computers and wanted to know how the different components worked together.

It was the right time to build a solid foundation toward a path where I could grow. I followed career coaching to get more clarity on what I could do. The conclusion was, "Leonor, you are open to learning, curious, and challenge is important to you. You should work in IT." I attended three sessions on different areas in IT and found them very fascinating! The exciting thing is that the career coach put me in touch with Gerrit, who works at De Cronos Groep. That was my first contact to get advice on what I could do.'

Where did that conversation lead?

'Afterward, I talked to several people. IT is interesting, but I found out that data science was closest to my interests. Shortly after, I came across the organization BeCode, which provides relatively short training courses in various technology fields. After a few interviews, I did a few exams and then took the course in Ghent.'

You then took an 8-month course?

'Yes, first, I learned Python to grasp the basics of programming, but that was not enough. The course was not straightforward because my experience with coding was limited. I did find that my learning curve was rising quickly; the course remained challenging, and my favorite part was Machine Learning. I then delved into ML during the second part of the course. There, I felt like I understood everything and was good at it! At the end of the course, I mastered the basics of coding.'

With machine learning, you had an aha experience?

'Yes, especially the math and logic behind it fascinated me the most. To make something work, you need a combination of different steps. You hear a lot about artificial intelligence, but I had no idea what it was. In the course, data science was linked to AI. So I'm super glad I did that!'

A flying start at Brainjar

Meanwhile, you are working at Brainjar. How did that go?

'I started applying in September and had around 35 different interviews. Hardcore applying (laughs). By the middle of the process, I knew perfectly what to say. You have a top three of your favorite companies, and you have to make sure you reach out to those last. That way, you can practice and learn a lot in the meantime. For example, I greatly improved my programming skills by doing a lot of test projects for different companies during the interview process. If they didn't hire me, I asked why and that way, I could improve my skills each time.'

'Yes, absolutely! At the beginning of my interview process, I decided that I wanted an AI job, and there aren’t that many companies working in that field. I had the choice between three companies, but Brainjar ticked all the boxes. AI was the main focus, but I also found it essential that I ended up in a friendly, pleasant, and Dutch-speaking environment.

In addition, I also wanted to do consultancy to be able to work on different projects. In the beginning, it was important that I could work with varying types of AI, like Computer Vision or NLP, so I could improve and learn new things. I am still in a phase where I have to adapt a lot. I sometimes experience stress because I have to work and learn simultaneously. In addition, I cannot compare myself with others colleagues, as I did a career change in one year, with no prior experience in IT. So, there are many technologies, processes, and pipelines that I don't know yet. But I believe I will see results within two or three years. But when people ask me what I do, I answer super excitedly that I am a Data Scientist! I'm looking forward to what's to come.

Looking back at your data science course, what are you particularly proud of?

'In recent years, I had many moments when I was proud of myself. I've always done a lot of sports, including horseback riding and water sports. Kitesurfing is something I learned recently. It was pretty tricky. It usually takes ten lessons; I had to take thirty. After a while, I was much better! It went so well that other girls came to me to ask how I was doing.

It's a matter of continuing to go for it; you go into the water and keep trying until you succeed. Learning Dutch and passing level 5 at Linguapolis (ITNA) was also a big challenge. And, of course, when I signed my contract at Brainjar, I was so happy!'

You are now facing another learning curve. Is there still a challenge towards your final goal?

‘I realize that the next few years will be challenging, and I can still learn a lot about AI. Right now, I'm mostly focusing on the shorter term and not thinking too far into the future yet. Outside of work, I'm taking on other challenges. For instance, I run, bike, cook, and so on. I hope to run the 10 miles next year. I have a dog; maybe I'll get a second dog. I'm still in the process of expanding my circle of friends, continuing to learn Dutch, and creating more stability.'

Brainjar is expanding, and you can grow nicely with them. Do you want to deepen your knowledge? Take more courses?

'Yes, definitely! Within my working hours, I got the chance to take courses and get certificates; for example, I learned Tensorflow and Python. At Brainjar, we are encouraged to keep learning and to get certificates. I get the room to grow; I like that!'

Do you already have data science projects that you are working on? What does that look like in practice?

So far, I have done two. The first project was jewel recognition based on an image. I worked with a colleague on the machine learning part, which made me super happy! It was exactly what I wanted. I have to process all the images, for example, based on size and correct color, then I have to choose the right algorithm, a framework, there are several like TensorFlow, PyTorch or Scikit-Learn.'

"I look mostly to the future. My comfort zone is a space of growth and innovation."

So, do you have a team where everyone works together?

'Yes, I do. Currently, I'm working on a Klassif.ai project for a big client. The goal is to process documents intelligently. I'm responsible for the machine learning pipeline; some people are working on putting data in the right place, email integration, or the front and back end. I get documents from the company that go through my model. The model then recognizes them, for example, as pro forma invoice, or another type of document.'

Do you ever say 'if only I had known sooner', for example, when it comes to studying data science?

'You can always question yourself, but that makes it harder, and then you're left with a sense of guilt. I don't look back. The only thing I would do differently is not try to do so much at once, which causes stress. I mostly look to the future. My comfort zone is a space of growth and innovation.'

Thanks to Clusity for the article. 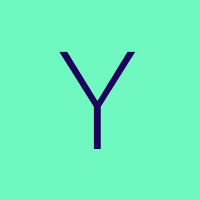